Top products of Yamaha and Onkyo 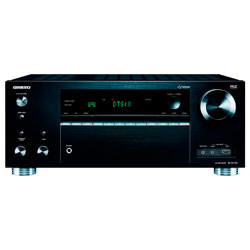 Nippon Gakki Co Ltd was started by Torakusu Yamaha in 1887 as a company that produced musical instruments, but then it was renamed into Yamaha and traced its history as an independent company in 1955. It is a large conglomerate that also includes vehicles production, so in Yamaha vs Marantz opposition, it’s more widely developed. The products are made in Kakegawa, Toyooka, and Tenryu.

The AV receiver’s line by Yamaha at a high range that stands out is ‘Aventage’ as well as the freshest line is MusicCast 2018. "10000 Series" was created to the anniversary that outstripped the previous A-2000 in the quality; it included the HCA, CD and DAT, the Mega Direct in the circuit.

Another series is RX that offers HD audio and video is noticeable costly than other receivers in the similar range. Devices from this line are able to stream on a projector and the TV. The RX has Dolby Atmos and DTS:X, the HDMI ports for HDR 10, Dolby Vision and Hybrid Log-Gamma; Wi-Fi, Bluetooth, Spotify, AirPlay, Pandora, SiriusXM Internet Radio, and Tidal. There is also RX-V that includes Wireless Surround Sound, Dolby TrueHD, and DTS-HD Master Audio.

If you are up to more details, check up my receiver comparison of this brands models.

Onkyo vs Yamaha – an equal opposition of modernity and legacy

In Onkyo vs Yamaha receiver comparison Onkyo is a runner-up on a commercial scale because no one can be compared to Yamaha’s popularity. However, Onkyo is a representative of modernity among electronic devices. Yamaha vs Onkyo price range is pretty similar, but Yamaha receivers on a budget have more high-end functions versus Onkyo. However, the Yamaha App is the most complete and the best due to its quick connectivity and it doesn’t lose it when you return to the home screen of smartphone. So, a remote controller is out of use.

Onkyo – a flagship company during the years

Onkyo is an electronics manufacturer that specializes on audio and home cinema equipment. The company’s first name was taken after Osaka Denki Onkyo ("sound harmony") in 1946, but it wasn’t related to Nippon Denki Onkyo, which later became Denon. Currently, Onkyo has bought Pioneer's 'Home Electronics Corporation'. Onkyo Corporation includes the Integra, Integra Research divisions, and Onkyo Corporation by itself. Mainly it manufactures merchandise in Japan, Osaka, but some low-priced models are produced in Malaysia.

Currently, Onkyo produces nine models in the high-end line-up of TX-NR receivers (TX-SR353, TX-NR555, TX-NR656, and TX-NR757) and a new line on a budget. Except for TX-SR353, they all are Dobly Atmos-ready along with DTS:X decoding that gives a more customized sounding with subtle nuances in music sources.

Today Yamaha is a huge conglomerate combining different directions of production, from musical instruments (one of the largest piano manufacturers in the world) to motorcycles that became a separate company in 1955. It is a Japanese company named after a founder that still produces its merchandise at three Japanese factories Kakegawa, Toyooka, and Tenryu.

Yamaha receivers lines are slightly more expensive than others, but they have a plenty of features both in the ‘low’ and ‘high’ priced ranges like stereo sound and Bluetooth in the most widespread Hi-Fi lines R and RX. RX-V777BT in addition, is capable of streaming both on a projector and the TV. RX-V supports Wireless Surround Sound, Dolby TrueHD, and DTS-HD Master Audio; the RX has Dolby Atmos and DTS:X, the HDMI ports for HDR 10, Dolby Vision and Hybrid Log-Gamma, and BT.2020 WCG compatibility; Wi-Fi, Bluetooth, Spotify, AirPlay, Pandora, SiriusXM Internet Radio, and Tidal. ‘Aventage’ line has some noticeable price and feature flaws that dramatically affect its surround sound systems functionality. "10000 Series" has been released to the 100-year anniversary of Yamaha that surpassed in the quality the previous A-2000 greatly; it includes the HCA, CD and DAT, the Mega Direct in the circuit. The latest line is MusicCast 2018 at a high price range.