Top products of Sony and Marantz 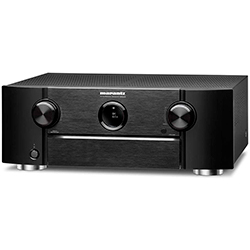 The story started with the first Japanese tape recorder, the Type-G. Today, it manufactures all possible kinds of electronics for common users and professionals. The worldwide success started from TR-63 portable radio that became a new page in microelectronics. Sony stated ‘made in Japan’ as a sign of above-average quality at a higher than a middle market price.

Back in times, Sony shook the market with early CD introduction right after Philips. One among the first portable music players with compact cassettes, Walkman, came into light in 1979. After about 10 years, the MiniDisc format was introduced, which was replaced by MP3 format only in 2004. It repeated its success in the dawn of 2000s with the launch of PlayStation.

In 1953, a not professional musician Saul Marantz started the company in New York, named after himself, with the preamp device the ‘Consolette’. He immediately launched the Model 1 preamplifier that would be improved through the decades after always remaining an innovative device. The Model 2 already had 20W in triode mode and 40W. The following one, Model 3, had an improved power supply. The Model 7 had innovative for that time preamplifier. The Model 8 produced 2x30W stereo power amp. The improved version 8B had 5Wpc power increase from a circuit base. The Model 9 had 70W and was the first one with a front panel. The Model 10 included the FM.

Due to this desire to improve not only amplifiers but also video quality, the company faced unmitigated success in the 1970s.

No longer after it, Marantz was taken up by Philips for the next 30 years until 2001, when Marantz Japan Inc. became an independent company and united its overseas subsidiaries. In 2017, Denon and Marantz were sold to Sound United Company from America. Despite no longer being an independent company, it still preserves its uniqueness. The factories were left in Japan.

Marantz produced SR Series Home Theater Receiver series that had noticeable higher sound quality with Hyper Dynamic Amplifier Module, the AirPlay that can stream audio directly from iTunes and Spotify or videos from PC. For example, NR1605 from this series has two extra component video inputs, Wi-Fi, Bluetooth, the analog video conversion to HDMI, and a discrete Zone 2 that can be powered through the Surround Back amps in the 7.1 system.

I have come up with the idea to compare Marantz vs Sony brands in order to show their hidden stories that stand behind figures in a comparison chart. Sony vs Marantz can oppose their merchandise but they share similar backgrounds: from nowhere to the world’s recognition.

A story of the Marantz Company started from love of its founder to music. Saul B. Marantz by himself was looking for a profound pre-amplifier that he was bound to create by himself in order to listen to the music of a high quality. The process took four years but he got the pre-amp that included all possible equalizer curve records existed at that time. He named his creation ‘Audio Consolette’ and during the next year sold 100 of the same sets that became the first product of the newborn company.

The company was started in America (New York in particular) but later the manufacture relocated into Japan. However, it wasn’t an independent company for a long time. Shortly after, it was bought by Philips and from the mid-1970, all devices were created in cooperation with these two companies. From this period, Marantz inherited technology of CD players’ production that it would use in the future when it became an independent company in 2001.

NR series stands out by its compact size: lightness and slimness. It also combined features from more pricey models such as integrated wireless networking features and two additional component video inputs as a 7.1 receiver NR1605. Also, there is an analog video conversion to HDMI and a discrete Zone 2 that can be powered by the Surround Back amps in the 7.1 system.

Sony started from a tiny company that produced rice cookers and developed into a conglomerate that incorporates gaming, filming, and even financial areas and known around the world – an excellent case for inspiration. It stood up from the ashes of destroyed Tokyo in 1946. At the beginning, in the electronics repair shop only 8 employees were involved. Late, the founding father, Masaru Ibuka, was joined by a friend and together they developed TTEC but still, they continued producing domestic electronic goods. The first device created by the new company was the Type-G - the first Japanese tape recorder.

The noticeable breakthrough happened in the 1950s with the first Japanese Type G recorder introduction. It was followed by the first transistor radio, Trinitron color television, and Blu-ray Disc recorder. However, the worldwide recognition came with an epochal TR-63 portable radio, Walkman, and PlayStation that influenced generations.

In 2018, Sony introduced receivers of the entry-level with such features: the standby signal that goes through the TV even when a receiver doesn’t work; the ability to decode LPCM audio from a Blu-ray player; the Digital Media Port for analog audio and video signal and digital.